In your quest for financial freedom, you probably find yourself getting creative. Investing in crypto, checking out pot stocks, or scouring the classifieds for a passive income. That’s great. Your hard work will eventually pay off. But you can start getting richer right now by simply cutting out the ways you’re wasting money.

According to a report by CNBC Money, if you’re like most young people in your 20s and 30s, you’re leaking money like a damaged faucet from sources you never consider. Some of the most common offenders include using the wrong ATM, paying for a gym membership you never use, or buying items from the closest store and missing out on cheaper prices just a few yards away.

Moreover, with the rise in interest rates, especially in the US, borrowers will find themselves paying more on their credit card balances and other repayments. This will see you splashing out even more cash than before. Before you can start thinking about becoming a billionaire under 30, let’s start with the basics. Here are a few ways to start getting richer right now by stopping wasting money.

Pay Down Your Debt

You work hard. Of course you’re inclined to spend that unexpected bonus on a night out with friends. But if you’re paying off a debt, like a student loan or credit card, that should always be your first priority. It’s basic economics. You should never try saving money while you’re still repaying your debt. Anything outside your mortgage has to be your first priority.

The average American has a credit card balance of $6,375 with the total credit card debt reaching over $1 trillion last year. So, that Starbucks on your way to work or that rolling subscription to that running app you forgot you had? Cut them out and put the extra cash towards paying down your debt first.

Stop Eating Through Your Money

One of the greatest expenses for this age group is eating out with friends. While we all know that cooking at home is cheaper, it can be a hard pill to swallow. Especially with growing numbers of millennials working from their home office. 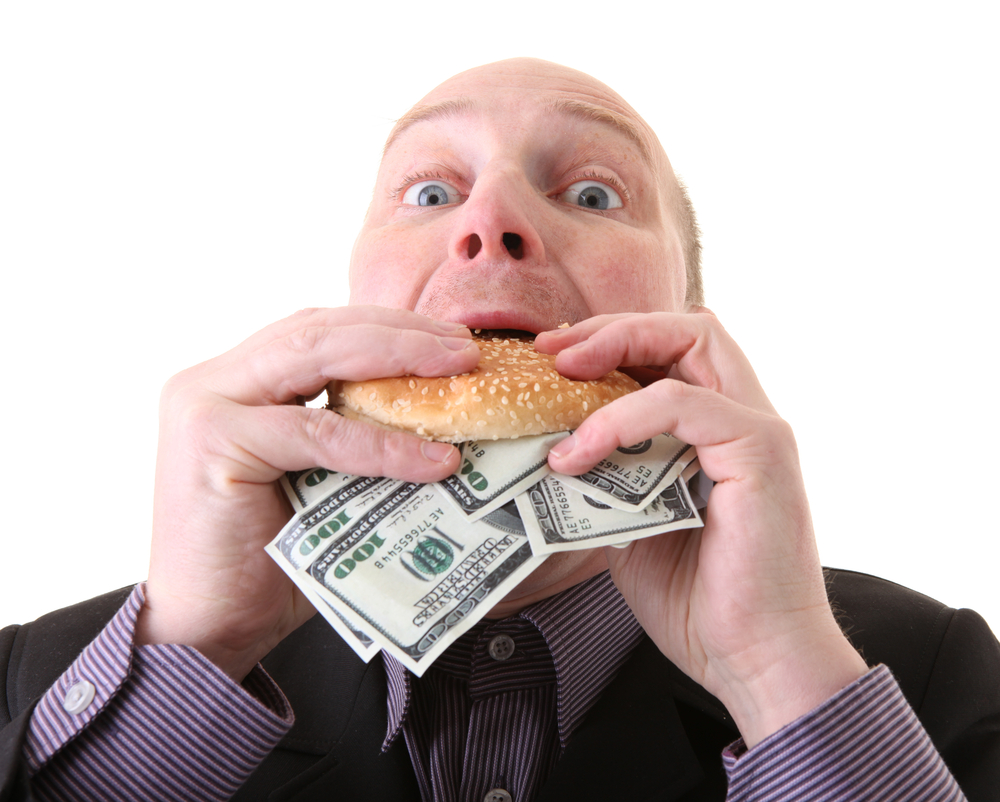 Stop Eating Through Your Money

If it’s the social interaction you crave, why not eat out at each other’s houses? If you despise cooking and want the ambiance of a restaurant, start getting friendly with coupons. You can also try cutting out the alcohol since wine and liquor are the highest profit margin in any restaurant. Why not try being really cheap and having a few drinks before going out?

Cut Down Your Bank Fees

One of the biggest and most silent culprits is ATM fees, which can add up to hundreds of dollars every year. So, if you’ve gotten into the bad habit of going to an ATM because it’s closer to you or easier to park, get out of it.

Going to the wrong ATM five times a month is an easy mistake to correct and a quick way to start saving money. When you go to the wrong ATM not only are you paying your own bank’s fees, but you’re paying the other bank’s fees as well. You’re literally taking out your money and handing it to the men at the bank.

Save on Transport and Living Expenses

You may not be willing to cut out your car and ride a bike to work, but there are other cutbacks you can make that aren’t so dramatic. Think about sharing your living expenses by living with a roommate. Try to shop around for a new cell phone plan, or cable TV rather than getting stuck with a bad deal, and be sure your health insurance plan is still right for you. Beware of enticing deals for six months that suddenly shoot up in price and lead to wasting money without realizing.

Looking after your money isn’t exactly sexy. And fumbling around in your wallet for a 10% OFF coupon won’t make you feel very successful. But the message is basically this:

You don’t have to become a sewer rat to start developing better habits. Before you can think about saving or even investing, get rid of your bad debt first and cut out all the unnecessary payments from your life. You may even find you start enjoying it once you watch the extra money pile up.

Education: How to Get a Great ROI Cheaply