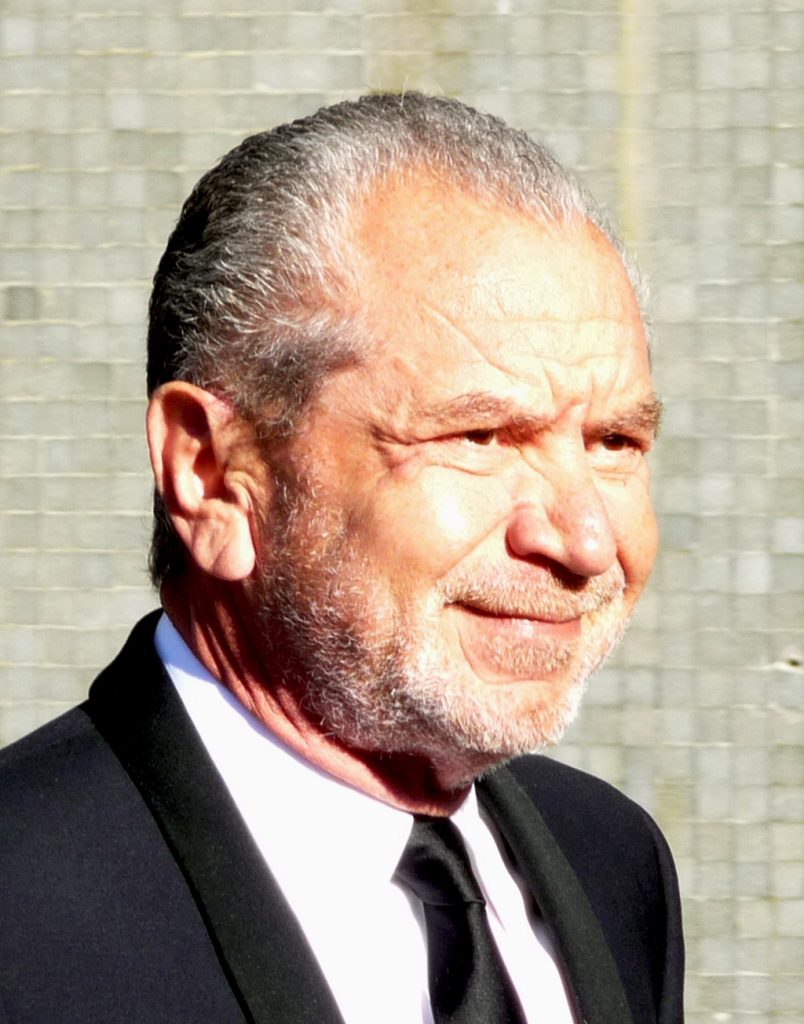 Opinionated, political, extremely wealthy, and hosting the popular television series in the US and the UK, The Apprentice links US President, Donald Trump, to the British equivalent, Sir Alan Michael Sugar. The 14th series of The Apprentice has just begun on British television with Alan Sugar again taking the leading role. Unlike the US version where President Trump stood down to “make America great again,” Sugar has been the ever-present host since the UK version began in 2005.

The Apprentice (UK) sees Alan Sugar setting business-related tasks to a dozen or more aspiring “apprentices,” all eager to join his business empire. Contestants range from humble market traders to thriving entrepreneurs that have already made a name for themselves in business, but at a much lower level than they hope to achieve by joining up with “Sir Alan.”

Week by week the contestants are whittled down until just one entrepreneur claims the £250,000 investment from Alan Sugar as equal partners in the business they recommend. Uniquely, the last series had joint winners as the host couldn’t decide between the two business proposals.

President Trump, or plain Donald John Trump as he was then, took up the reins of his family’s real estate business before going on to become one of the world’s best-known entrepreneurs.

Alan Sugar became a Lord in 2000 for his contribution to the explosion of low-cost personal computers in the 1980’s, but he is a self-made man, having been brought up in an apartment owned by the local authority before he built his business empire.

Alan Sugar is a popular figure in the UK for different reasons to different people. For soccer fans, he was Chairman of popular Premier League, Tottenham Hotspur from 1991 to 2001. To computer enthusiasts in the 1980s and 1990s, he pioneered the development of cheap personal computers under the brand Amstrad and buying the rights to the Sinclair ZX Spectrum, originally developed by Sir Clive Sinclair.

To the wider general public, Sugar is best known for hosting The Apprentice on the BBC. But like President Trump, he also has a powerful political voice. Between 1997 and 2015 he was regarded as a Socialist being a fully paid-up member of the Labor party.

Sugar and Trump have both joined the billionaires club, but they didn’t amass their fortunes before the age of 30 which is left to a very select group of fewer than ten individuals globally. Unlike President Trump, Sugar is not yet “running the country” and at the age of 71, it is probably unlikely that he will ever become the Prime Minister of the UK. Switching his allegiance from Socialist left to Conservative right probably also hampers his prospects of taking up the number one job.

The similarities between these two entrepreneurial heavyweights are quite uncanny, with a few notable exceptions, and for most people, The Apprentice is their closest link. For budding entrepreneurs, following Sugar’s business decisions during the program can be quite insightful and selling part or all of any businesses you create is a tried and tested route to financial freedom.

Billionaire Technology Newcomers Who Made Forbes 400 in 2018