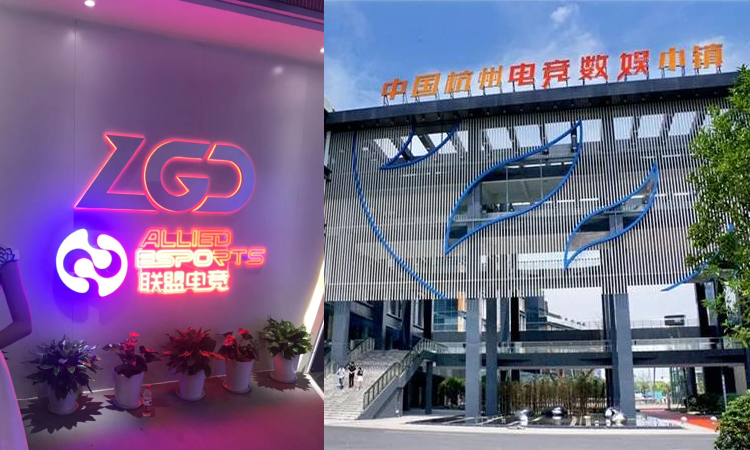 In truth, eSports cities are just as likely to combine internet of things (IoT), artificial intelligence, and blockchain technology as it progresses, but the first entire eSports town has already opened in Hangzhou, China.

After a $280 million investment by the Hangzhou government the eSports town, operated by the government and covering over three million square feet has now open to the public.

It’s the largest project of its kind in China to date but Hangzhou has also promised a further $1.26 billion to 14 further eSports projects including an eSports training academy and a hospital focusing on eSports players.

The town will be home to Allied Esports and LGD Gaming and the League of Legends Pro League (LPL) in China. The two firms agreed a partnership earlier this year to build their specialist venue and the LGD Gaming management team will be moving to the eSports town. LGD’s eSports team has already won over $10 million in prizes and are rated 4th in the world globally.

Allied eSports also has venues in Tianjin, Shenzhen, and Beijing, as well as the HyperX Esports Arena Las Vegas.

The Hangzhou government expects the new high-tech town to attract more than 10,000 eSports professionals and players as well as $140 million in estimated tax revenues.

Hangzhou will also play host to the 2022 Asian Games, likely to include eSports as a medal event alongside traditional sports for the first time.

eSports at the Olympics

The International Olympic Committee approved eSports as a real sport in November 2017, and it emerged in April 2018 that the Paris 2024 Olympics’ organizers were discussing the inclusion of eSports as a demonstration event for 2024.

The biggest concern over the inclusion of eSports in such as massive event as the Olympics is the potential promotion of violence. Most of the popular eSports titles do involve in-character fighting, killing, and aggression.

“There are great engagement numbers, great fan numbers who live in France and especially in Paris, who would definitely want to come to an esports game.”

This weekend also sees the opening of the eSports Stadium Arlington, Texas, U.S, now the largest eSports facility in North America. The 100,000 square foot stadium is owned by the city of Arlington and cost $10 million to build at the Arlington Convention Center.

The stadium will see 30-50 eSports events per year with the eSports team from the University of Texas at Arlington, one of the top U.S college teams having its own room in the arena. The facility will also be open to the public daily for gamers to play on dedicated computers in the lobby.

California is also home to a number of key eSports destinations including in Los Angeles, there is a dedicated eSports arena planned for Orange County, and the state is home to Riot Games and Blizzard. The University of Southern California last week announced the launch of the USC Esports Union.

Elsewhere around the globe Seoul, South Korea, is home to a dedicated eSports stadium at iPark Mall and Sangam Stadium hosted the League of Legends World Championships. The latter event in 2014 saw 45,000 attendees.

Cologne in Germany hosts many tournaments and is one of the biggest sites for League of Legends events. Stockholm, Sweden, also hosts many events including the world’s largest LAN occasion, Dreamhack.

The predicted value of the eSports industry, is an estimated $1.65 billion for 2021 with an estimated audience of 427 million consumers by 2019. eSports is already here, and although it will incorporate today’s emerging technologies, gaming technology is ready. With a focus on the consumer market, eSports towns and even cities for fans and players are already appearing.