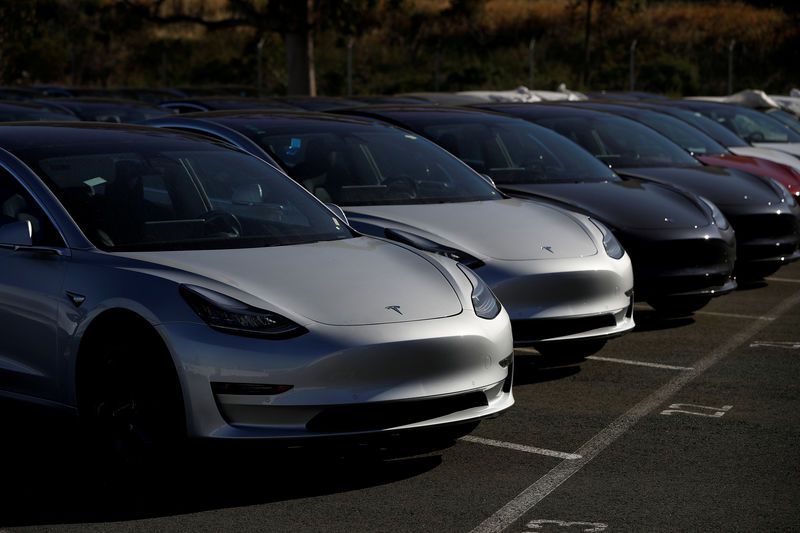 In yesterday’s trading on the NYSE, stocks of the Chinese e-car manufacturer NIO put a real rally on the floor. The reason may be a new investor, but he’s also invested in probably the biggest competitor Tesla.
Investment firm Baillie Gifford has bought an 11.4% stake of rival NIO. Investors were pleased with Monday trading on the NYSE. Baillie Gifford apparently relies on e-mobility, after all, the group already holds a large stake (second-biggest shareholder) in Tesla.

On Monday, NIO stocks rose sharply and finished with a whopping 22.35% gain at $ 7.39. Initially, the rally was triggered by a Bloomberg report. Here, the US news site reported that a new major investor should now hold 11.44% of all NIO shares.

On Tuesday morning, they confirmed a mandatory notification to the US Securities and Exchange Commission the process. Newsflash: the new NIO shareholder, Baillie Gifford, is also the largest outside Tesla investor. Only Elon Musk holds more shares of his company. 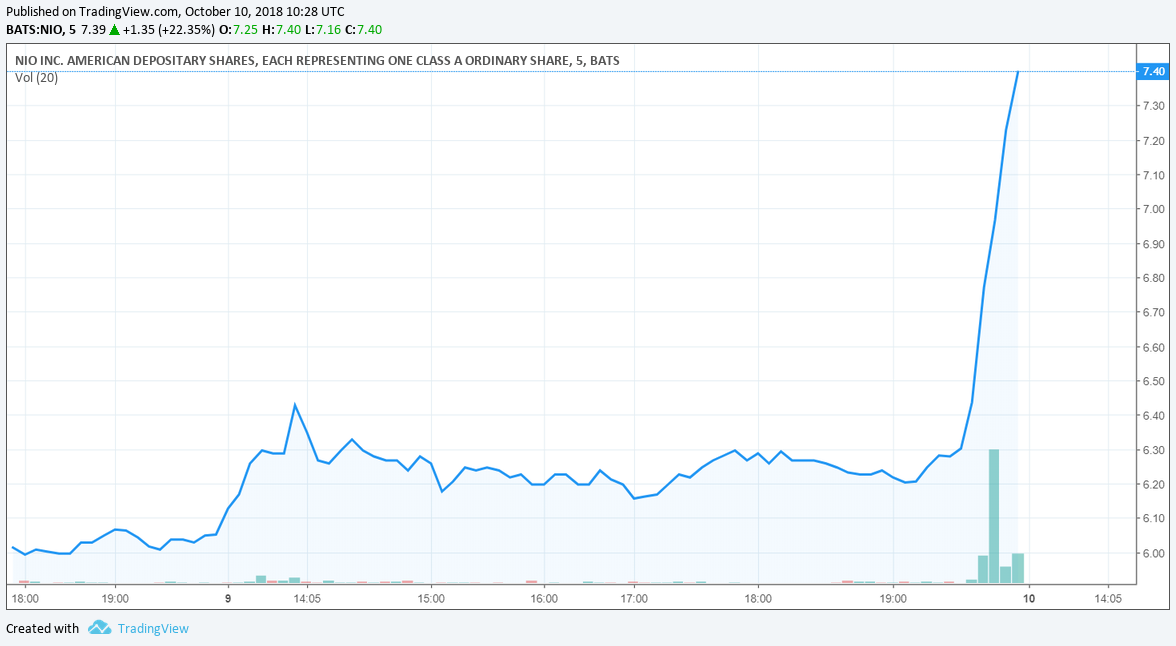 More Confidence in the Chinese Market?

According to CNBC, the investment firm from Edinburgh currently holds around 9% of Tesla. So why invest in another e-carmaker? The reasons can only be speculated on. NIO wants to focus primarily on the Chinese market, which in the near future is also considered the largest market for electric cars. Although there are expansion ambitions, China is clearly in the spotlight.

In addition, Tesla stocks make one thing special: volatility. The stocks of the e-car manufacturer from Palo Alto vary significantly with each new headline. However, the price turbulence is rarely due to fundamentals. Mostly it’s about the latest tweets of Tesla’s boss Elon Musk on Twitter.

Future profitability is often doubted by experts, even if the billionaire never tires of emphasizing the opposite. In addition, the scrutiny of the CEO with the US Securities and Exchange Commission brings further uncertainty for investors.

Whether Baillie Gifford joins NIO because he believes in the success of NIO, or rather because he sees a failure of Tesla, remains open to debate. In any case, the new investor gave NIO stocks a boost.

NIO didn’t dare to jump onto New York’s trading floor until September 12. With a value of currently 7.39 US dollars, the securities are trading well below their previous high of 13.80 US dollars, which they hit the day of NIO’s IPO. 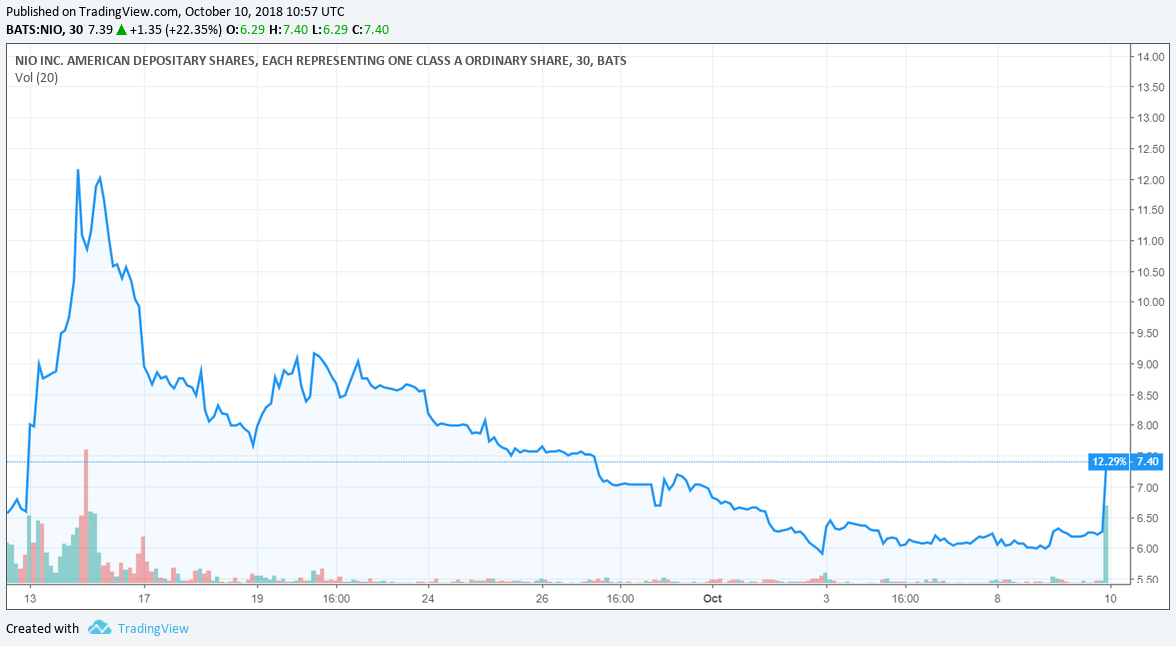 Tesla’s Fans with an Unequivocal Request to Elon Musk

After another verbal kick against the US Securities and Exchange Commission, Tesla’s CEO Elon Musk turned numerous fans against him. Not the authorities, but he himself is the problem of the stock price decline it seems.

Tesla’s CEO Elon Musk does not seem to have learned anything from the Securities and Exchange Commission (SEC) ruling. Despite charges of securities fraud on the part of the US Securities Exchange and a lenient outcome for Musk, he cheerfully keeps on tweeting.

The e-carmaker Tesla and the 47-year-old were, after the out-of-court settlement with the SEC, each fined $20 million in penalties. In addition, Musk must give up his post as Chairman of the Supervisory Board and renounce this authority for the next three years.

The Tesla stocks responded with a price increase. A justification, as required by the Federal Judge Alison Nathan by October 11 by both parties, has not yet been received. But one thing is for sure: the Tesla CEO harms the company more and more with his social media appearances.

It seems like every time the electric car maker announces positive news that they are on the rise, Musk places a tweet that damages the stock. In addition to marijuana consumption in an interview with Joe Rogan, which he claims to have done only to impress his ex-girlfriend, Musk draws attention in recent months with more and more negative headlines.

Just want to that the Shortseller Enrichment Commission is doing incredible work. And the name change is so on point!

For many, the negative impact of Musk’s machinations on the Tesla stocks seems to be a thorn in the side. Some report losses in recent months from Musk’s media appearances.

One of Tesla’s shareholders noted his displeasure live:

“Dude, your Twitter account is doing far more damage to my TSLA stock holdings than the SEC or shorts ever have, and it’s been that way for a long time. The stock price is basically a roller coaster between positive Tesla news and you tweeting dumb stuff.” – Justin Meade (@jameade87) October 5, 2018.

You are a genius of this era. But fighting with SEC will lead Tesla to nowhere. SEC is NOT your enemy. And short-sellers are not always your enemies, just like longs are not necessarily your friends. Please focus on your mission! -A Tesla owner and shareholder.

In the following words, Ross Gerber, co-founder of the Gerber Kawasaki Asset Management, asks Musk to stop: “WTF please stop tweeting. Feel free to call me to vent. We want to see Tesla succeed. You’re just helping the enemy. I don’t get it.”

Stocks Keep on Sliding – Are We Heading for Bear Country?