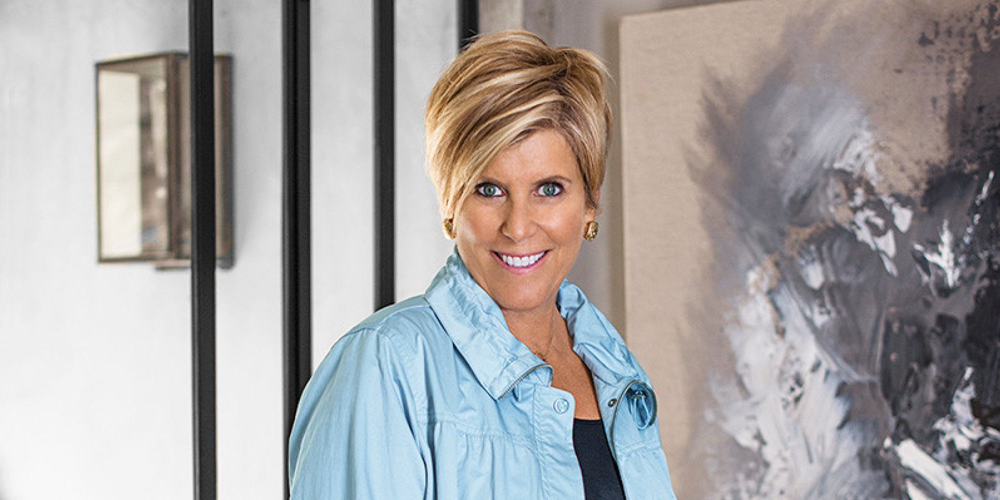 Financial advisor, motivational speaker, and American author Suze Orman says if you want to retire early, you’ll need at least $5 million to do it. Speaking on the Afford Anything podcast last month, Orman dropped a not-very-motivational bomb on those buying into the FIRE movement (financial independence, retire early).

The podcast spurned a fiery storm on social channels across the web, with many accusing the best-selling author of having lost her mind. And also being wealthy and completely out of touch with young millennials and their realistic goals. But after the sh**storm calmed down, it seems that Suze Orman’s gigantic sum may not be so far off after all.

Personal finance blogger the Financial Samurai set about crunching Orman’s numbers and found that, if you want to retire before 60, $5 million indeed sounds about right.

Moreover, the club of those who retire early in the United States is a pretty small one. Just 18% of all Americans retire before 61. Why? Because most of them can’t amass a $5 million dollar nest egg.

Retire Early But Not Before 40

According to the Financial Samurai writer, 40 is the absolute youngest he would recommend any person to retire since it places an exorbitant burden on your investments.

It’s all well and good saving up a $1 million for your retirement but according to his calculations, some $40,000 a year simply isn’t enough to live on in most parts of the country. Moreover, you never know what unexpected costs will arise in terms of your health or family.

Retiring at 50 with some $3 million saved up will bring you closer to a more comfortable lifestyle–although, you’ll still have to be fairly frugal. Especially if you have kids or elderly parents to look after. He says:

“At this age, you might as well keep on working until you’re 60 to eliminate the risk of financial shortfalls.”

Check out this graph used to illustrate his findings: 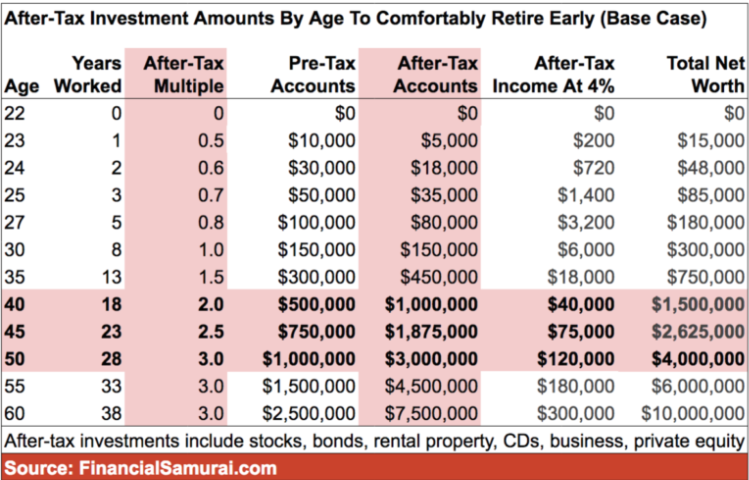 It seems that far from being mentally unstable, Suze Orman actually really knows what she’s talking about. FinancialSamurai concludes that $5 million in after-tax income leaves you with some $200,000 a year to live on in passive income. And that’s about right if you have a family, live in an urban area or one of the US’ more expensive places like New York or San Fransisco. It’s also not perhaps the conclusions FIRE followers wanted to hear and may keep them working longer.

“There needs to be another downturn to vigorously stress test the FIRE movement… My guess is we’ll see a lot of FIRE folks end up going back to work after a decimation of their finances.”

Bloomberg Suggests You Are Not Worthy With Wealth Below $25 Million