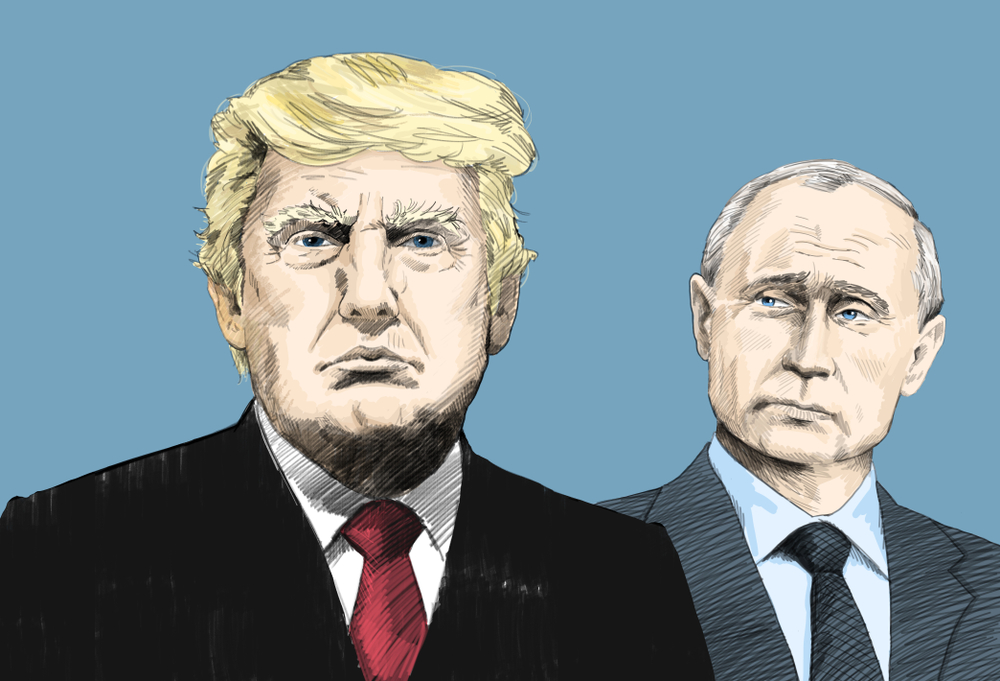 Just in case you’d started breathing easier over the world’s nuclear fate since the US and North Korea buried the hatchet, there’s another, potentially far more potent, player to contend with–Russia. Trump yesterday announced that he will be pulling the US out of a longstanding Cold War nuclear treaty with the superpower. Great.

The treaty in place bans both countries from using land-based missiles that can place either country within range of the other. On Saturday, Trump revealed to reporters that:

The treaty goes back to 1987 and covers missiles with a range of up to 3,420 miles, otherwise known as intermediate-range. Trump said the withdrawal from the Cold War nuclear treaty was a move forward for the US, meaning they could develop more weapons. He added that Russia had been violating the terms of the treaty for years anyway. While he gave no timeline for the withdrawal, he said:

“We’re not going to let them violate a nuclear agreement and go out and do weapons and we’re not allowed to.”

Sounding ever-so-slightly like a petulant child who’s had his favorite toy snatched away, the president did concede that the US would “consider” capping its nuclear weapon development efforts. But this would only happen if a new arrangement could be agreed upon with both Russia and China, who is not a part of the existing deal. He said:

“If Russia is doing it and if China is doing it, and we’re adhering to the agreement, that’s unacceptable.” 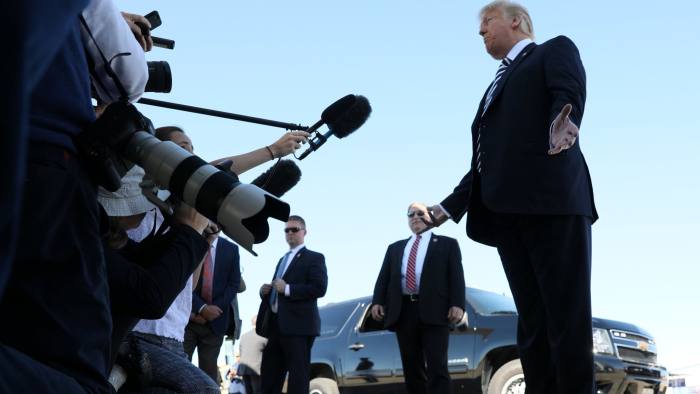 Trump’s national security adviser on Russia will meet with senior officials in Moscow on Monday to discuss coming to new terms for the treaty, as well as several other pending issues affecting the two nations.

The two powerhouse countries also look set to discuss the terms of the New Start Treaty of 2010 (set for renewal in 2021) that caps the number of nuclear warheads that each country can own. This will either involve a complete renegotiation or extension.

A Russian senator Alexei Pushkov claimed that Trump’s statement would lead to a:

“returning the world to the Cold War… Such an exit would be the second most powerful blow inflicted on the world’s entire system of strategic stability.”

Pushkov considered the first major blow to have been the US’ withdrawal from the 2001 anti-ballistic missile treaty, a process initiated by the US. Trump’s comments on Saturday sparked further criticism from the Kremlin, with a prominent member of the Defense and Security Committee of the Russian upper house of parliament saying that the US was:

“trying to drag Russia into an arms race… Not only Russia but the whole world has been given a new and dangerous challenge. They want, like the Soviet Union at one time, to be drawn into an arms race. It will not work. I have no doubt that our country will be able to guarantee its security under any circumstances.”

US lapdog, Great Britain, was quick to support president Trump, with the UK defense secretary Gavin Williamson blaming Russia for the breakdown of the treaty, signed by presidents Reagan and Gorbachev.

He insisted that the UK stood “resolute” behind their “close and long-term ally” the US. He also said that the Kremlin was making a “mockery” out of the agreement.

This will come as a surprise to exactly no one, particularly with the bad blood surrounding the UK and Russia at the moment after the poisoning of the Russian spy Novichok on UK soil.