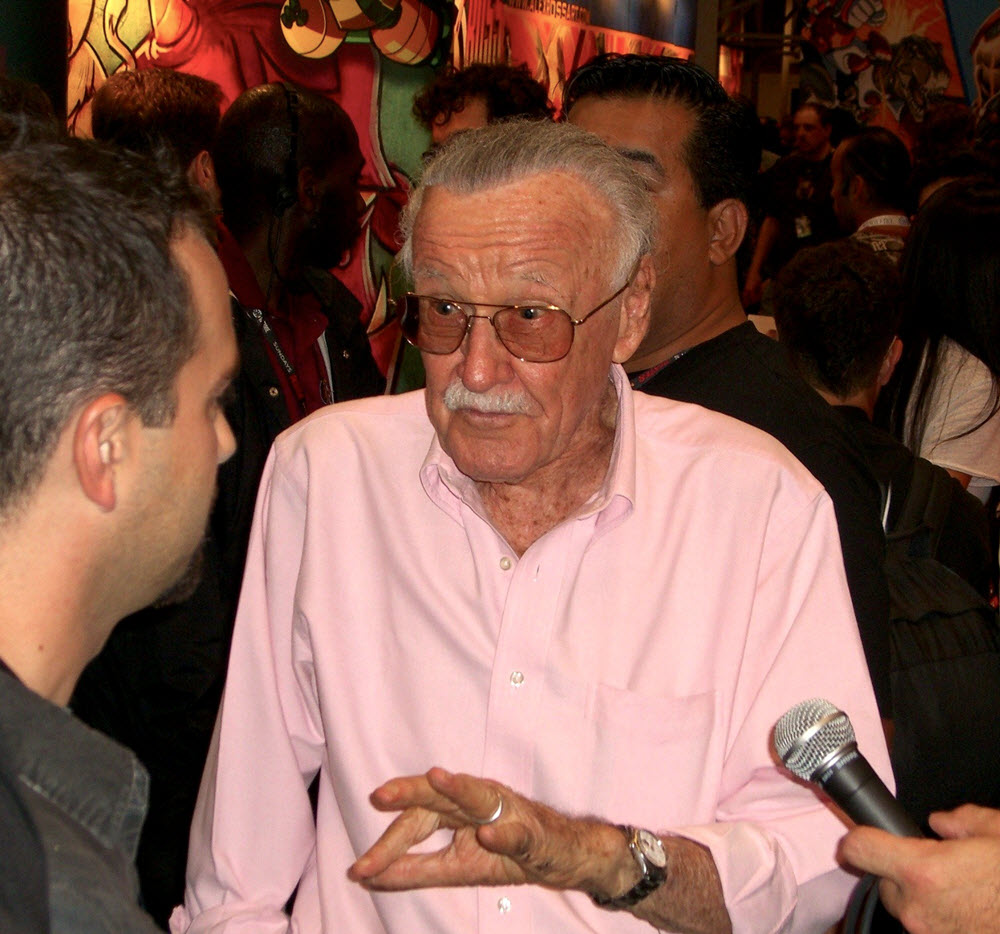 After a long fight with declining health, and some rough personal circumstances, Stan Lee who had a net worth of $50 million has died at age 95. He recently told The Daily Beast that he wished:

“That I leave everyone happy when I leave.”

Now that he has passed on, let’s look at all the things he left behind that still create joy for people all over the world.

Spiderman has become a cultural institution and major Hollywood movie franchise. Stan Lee and co-creator Jack Kirby came up with the character back in the early 1960’s and developed the now famous web-slinger over the following decades at Marvel Comics.

Peter Parker grew from a geeky teenager, into the role he has today. Stan Lee gave a generation of young people a new kind of hero that didn’t fit into the comic book hero model that was popular at the time.

Unlike heroes from the DC universe, Peter Parker was young, unsure of himself, and very much at the mercy of the world. This approach to comic book storytelling proved very popular. Spiderman became popular with readers and emerged into his own series.

The character and plot line was adapted into numerous formats beginning in the 1970s. Spiderman was featured on US television, and even adapted for the Japanese market in a serial referred to as, “Supaidā-Man”.

In modern times Spiderman is still wildly popular. Numerous movies have been produced over the last 20 years, with the most recent one starring Tom Holland as Spider-Man.

While they might be better labeled “The X-People” in today’s politically correct climate, the X-Men were a revolutionary idea at the time Stan Lee helped create them. Jack Kirby is credited with co-creating the X-Men as well.

Like Spiderman, the origins of the X-Men stretch back a half-century.

At the time they were created, the X-Men were a serious anomaly in the comic book scene. For one thing, the whole team was from all over the world. Cyclops was from the USA, but the other members were from Europe, Africa and other far-flung places, including the Soviet Union.

Stan Lee was a major proponent of tolerance and acceptance, and a bitter opponent of racism.

These ideals were written into many of his works, and play a role in how the plot line from the X-Men developed. Today racial equality is taken for granted in most places, but it took people like Stan Lee to stand up for ideas that needed to enter the public mind.

Dr. Robert Bruce Banner was another unlikely superhero that is just dripping in ethical nuances. Changed by gamma radiation into a creature that is giant, green, and has a strange way of doing the right thing, the Hulk was a major media success for Stan Lee.

Unlike some of the other characters that Stan Lee helped to create, the Hulk jumped off the page and onto TV screens as early as the 1970s. The concept has was also made into popular motion pictures recently, with Edward Norton playing the Hulk in the 2008 version.

Stan Lee was also instrumental in creating The Fantastic Four, The Avengers and a host of heroes and villains that still command the respect of media producers.

His narratives have traveled around the world for decades, and will probably be reimagined for a long time to come. While he will surely be missed, Stan Lee wanted us to be happy. Let’s all do our best to honor his wishes!

Is Star Rapper Jaden Smith Officially Out of the Closet?