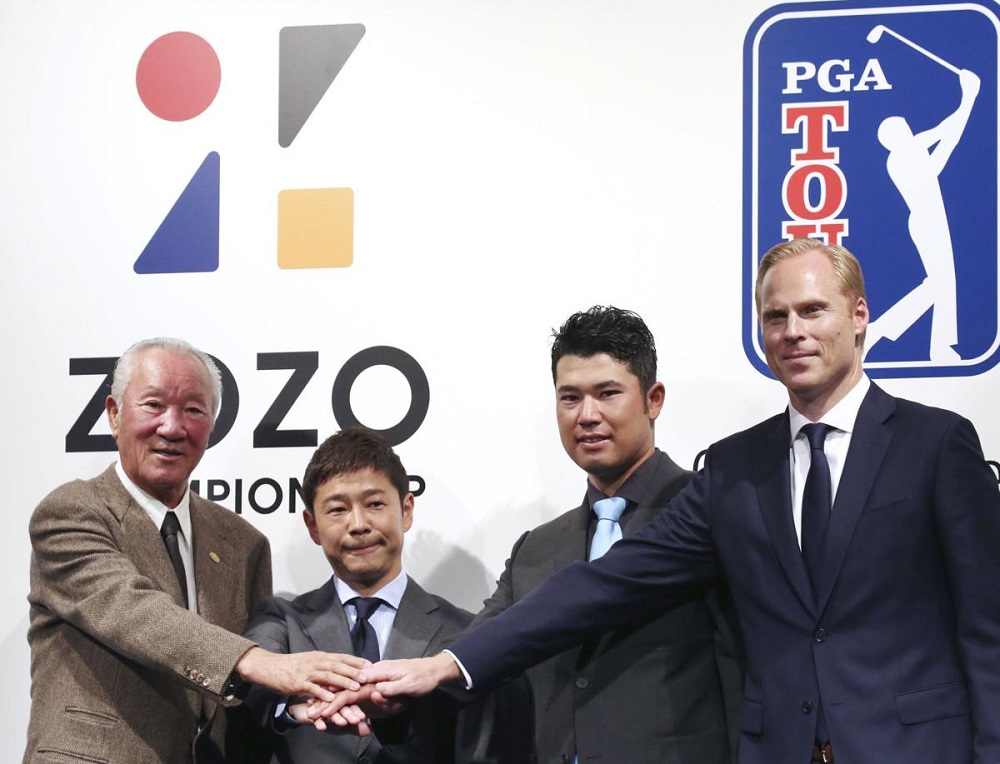 After many years of trying to get a PGA Tour event, Japan has finally secured its first official tournament. Japanese billionaire Yusaku Maezawa is over the moon and will be the first sponsor and main backer for the event.

The Japanese fashion specialist Maezawa founded the popular website Zozotown but is more famously known in his native land for attempting to become the first commercial passenger to try to fly around the moon. Get your heads around that one!

The Japanese are golf-crazy, so the announcement of the first-ever PGA Tour golf event in Japan is massive news across the Orient. The tournament will take place between October 24-27 in 2019 as the PGA Tour swings through the far east with other tournaments planned for China and South Korea.

Talking with a translator on Tuesday at a press conference in a central Tokyo hotel, Japanese billionaire Yusaka Maezawa was extremely upbeat not only about the event but also in regards to going to the moon:

“I think this will be the first PGA Tour sponsor that is going to the moon. I haven’t decided who I will take to the moon with me yet. I would like to talk to many people with an open mind.”

The new PGA Tour golf event in Japan is part of a six-year deal and will run in conjunction with golf’s high profile in the country in the lead-up to the 2020 Tokyo Olympics. The event will replace the current Malaysian event on the PGA Tour.

The Popularity of Golf in Japan

Did you know that 10 million people in Japan play golf? That’s almost 10% of the population. The main problem the Japanese have always had is they are limited in terms of space and golf courses.

There are only 2,450 golf courses in Japan, which is minute when compared to the number of players. This is why so many Japanese visit major golf tours destinations across the world. Most Japanese golfers never get to play on a course and are relegated to lofty driving ranges on top of buildings in major cities such as Tokyo.

Japanese billionaire Yusaka Maezawa is not the only person who can’t contain his excitement since the announcement of the PGA Tour golf Japanese event. Japanese golfers Hideki Matsuyama and Isao Aoki were also sat next to Maezawa at the press conference. Aoki, who is now 76 and was the first Japanese golfer to win a PGA tour event was quoted as saying:

“Finally this day has come. If I were younger, I’d like to play in a PGA tournament in Japan. I wish this day had come earlier.”

The event will be called the Zozo Championship and will be a 78 strong field with a purse of $9.75 million. There will also be a further 10 Japanese players who will be allowed to play the event to give it a local appeal.