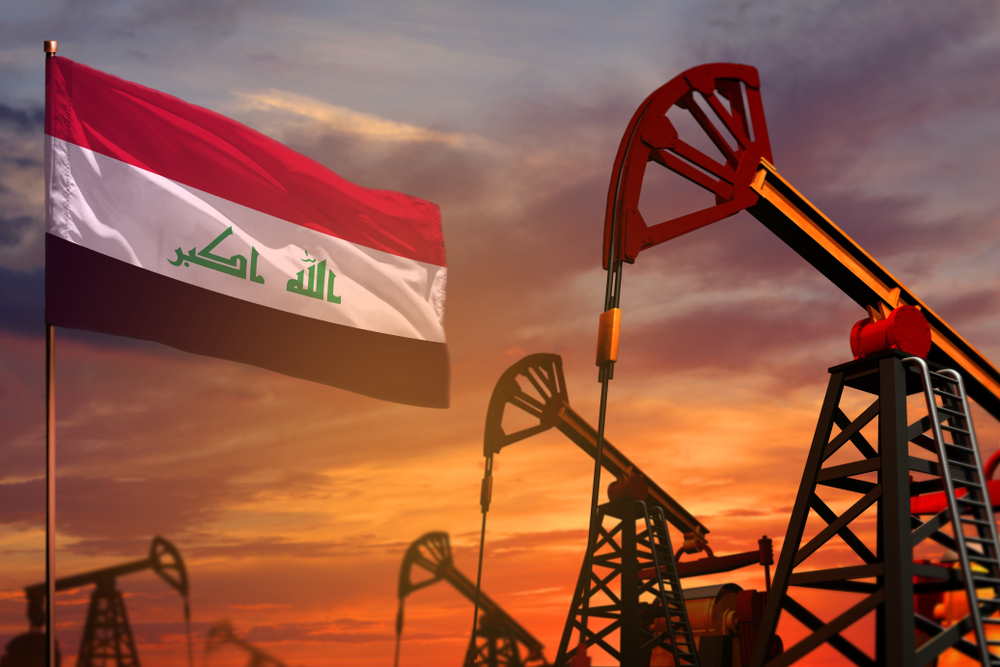 Yes, it does all sound slightly sordid. The Americans and the Germans battling over their interests in Iraq. Only this time, over who lands the Iraq power generation contract worth an estimated $15 billion. General Electric appears to have pipped Siemens to the post with a little help from president Trump and his administration, who reportedly pressured Baghdad into rejecting the German bid.

Call it bribery, call it cronyism, or call it a non-binding memorandum of understanding. It basically amounts to the same thing. The US and Iraqi governments have long discussed how they will co-operate on the issue of power generation, and oil and gas production. The US has oil interests in Iraq? Who knew?

Unfortunately for the German energy giant, their hopes were dashed before leaving the paddock and their winning bid crumbled under the weight of the US government.

General Electric and Siemens had been battling out the deal for several months and it almost looked as if the Munich-based company was close to securing a deal. But as the competition began stepping up a gear, and General Electric started losing ground, the Trump administration issued a friendly reminder about the memorandum. And about the 7,000 Americans that had died since the 2003 invasion to remove Saddam Hussein.

OK, so not so friendly after all.

General Electric hasn’t had the best run lately. With dwindling profits and expectations for a dismal third-quarter earnings report, the Iraq power generation contract will be welcome news for its troubled energy division.

Thanks to this new deal, shareholders can look forward to positive news in the Q3 report set for delivery on October 30.

It would have been nice if someone had let the German giant know, though, that their chances of sealing the deal were next to zero.

The company had worked for months on its roadmap for developing infrastructure in Iraq and ramifications of losing the deal will ring throughout the company.

Siemens was so close, in fact, that the chief executive traveled to the Iraqi capital to meet with prime minister Haider Al-Abadi.

But two weeks ago, advisors to Al-Abadi let the company know that they should give up on the deal since their insistence was piling pressure on the Iraqi government. The advisor reportedly said:

“The US government is holding a gun to our head.”

The Memorandum of Understanding (MoU) is said to offer both insurance and financing for US companies working in the Iraqi power sector. While that will certainly push GE past the German company on this occasion, Siemen’s power and gas unit is actually headquartered in Houston, which means they could stand to benefit from the agreement at a later date.

Right now Iraq is in a tighter spot than usual. The middle eastern country is relying on US government support over the country’s gas imports from Iran.

Some 35-40% of Iraq’s electricity comes from Iranian gas (are you getting the other irony here?) and with US sanctions on Iran imminent from November 5, those purchases could lead to fines for Iraq, and a wave of blackouts across the country.

The sanctions are a delicate situation not only for Iraq, however, but for the United States as well. If General Electric begins to sell power plants to Iraq using Iranian gas, the metaphorical sh** could really hit the fan, ruffling more than a few feathers in Germany since the country has been instructed to stop doing deals with Iran.

The next few weeks will be interesting to say the least, as we watch how Iraq manages a workaround its Iranian imports. And how the US will avoid falling on the sword of their own sanctions.

Uber Could Be Worth $120 Billion at IPO

The 10 Largest Technology Deals of the Digital Age