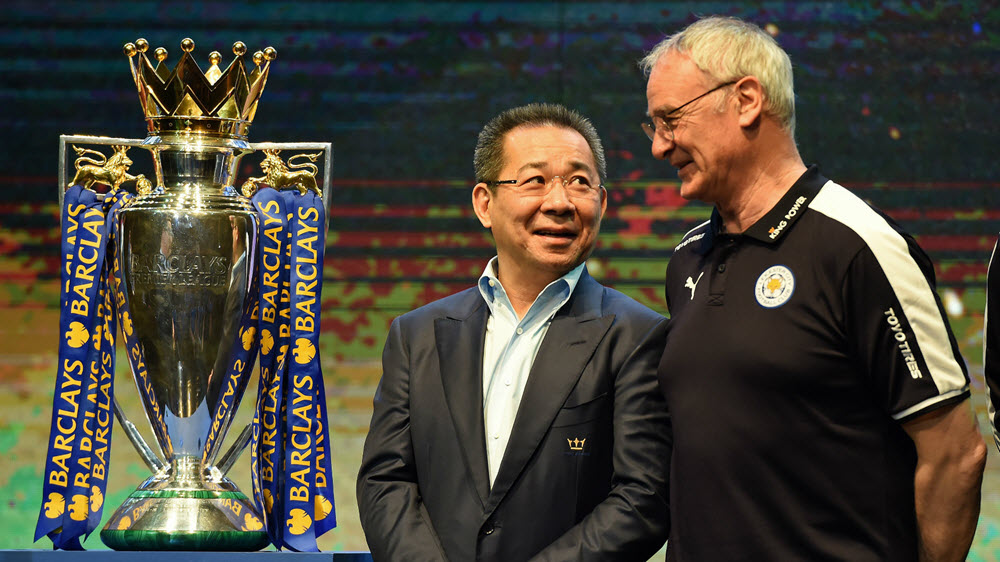 It has now been confirmed that Leicester City owner Vichai Srivaddhanaprabha was one of the five who died in the tragic helicopter crash outside the club’s stadium on Saturday night.

As news swept across the internet late on Saturday evening and early Sunday morning that the Thai billionaire’s helicopter had crashed just meters from the stadium, the football world held their collective breaths. It seems that everyone’s worst fears were true.

Known for his acts of generosity towards Leicester City fans and his philanthropy in his beloved home nation of Thailand, Vichai Srivaddhanaprabha was more than just the billionaire owner of the King Power empire.

The outpouring of grief across the UK and especially the tributes outside Leicester City’s ‘King Power’ Stadium show how much the club’s owner meant to the people of Leicester.

If you’re a football fan, nobody will ever forget the groundbreaking achievement of Leicester City winning the English Premier League in 2016 against the 5,000 to 1 odds. It’s one of the most unlikely rags-to-riches success stories in sports history.

Vichai Srivaddhanaprabha took over the club in 2010 and immediately eradicated the club’s $130 million debt. He steadied the ship at Leicester and helped the club achieve unbridled success.

Srivaddhanaprabha was worth a reported $4.9 billion, which he made from his King Power empire of duty-free shops.

Over the duration of Saturday evening and most of Sunday, it was still unconfirmed whether Vichai Srivaddhanaprabha had died, although it had been confirmed by sources close to his family that he was one of the five people on board the helicopter.

As reported by staff at Leicester City football club, they had seen Srivaddhanaprabha get on board his helicopter as usual in the middle of the pitch just 45-minutes after the club played to a 1-1 draw against West Ham United on Saturday evening.

The helicopter was bound for Luton Airport where the Thai billionaire was to board a private jet back to Bangkok. Unfortunately, the Leicester City CEO never made it.

Eyewitness reports say that a grinding noise was coming from the helicopter as it left the stadium above the car park. It apparently dropped like a stone and burst into flames just meters from the stadium.

“It is with the deepest regret and a collective broken heart that we confirm our chairman, Vichai Srivaddhanaprabha, was among those to have tragically lost their lives on Saturday evening when a helicopter carrying him and four other people crashed outside King Power Stadium. None of the five people on-board survived.”

The four other people who were on board with Vichai Srivaddhanaprabha were Nursara Suknamai, Punpare, pilot Eric Swaffer, and a passenger named Izabela Roza Lechowicz.