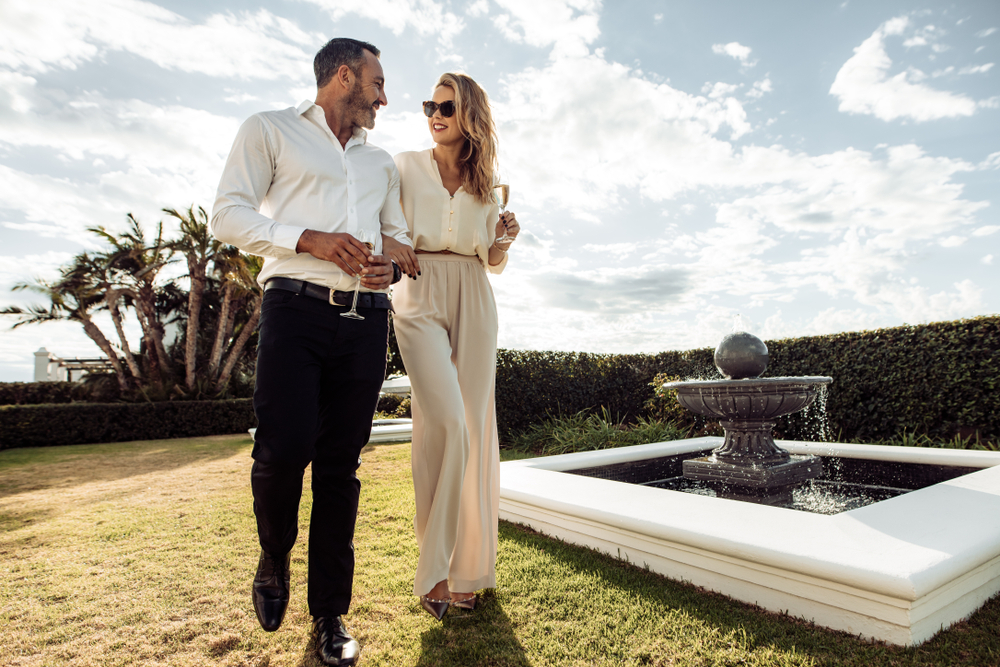 Most people simply don’t have a millionaire mindset. But if you want to get ahead of the pack, there are some common habits that can help you achieve your goals.

Author and researcher Tom Corley did an extensive survey of 233 rich people in 2004. Of the wealthy, 177 were self-made millionaires. More than 100 poor people were also included in the research. The differences he found could be your ticket to success, but it might also be more work than you think.

One of the biggest things that millionaires possess is patience. Making money takes time. If you want to build a stable, affluent lifestyle, be ready to wait for your hard work to pay off. Many of the millionaires that Tom Corley interviewed worked daily to hone their skills, no matter what was going on in their lives.

Keeping a positive mental attitude was another habit that millionaires seemed to cultivate, which might explain why they are able to persevere to reach higher than most people ever do. People who get down on themselves aren’t likely to have much confidence, nor are they going to inspire anyone else to reach for their personal best.

According to Tom Corley, the rich never stop increasing their knowledge base. Think about it for a minute, do you think Elon Musk stopped teaching himself when he left university?

Of course, he didn’t.

In super competitive fields like technology, the big players have to keep on top of the current trends. State of the art materials and manufacturing processes are some of the things that can give a business an edge, so making sure you are on top of what is happening today is vital if you want to compete.

Tom Corley’s research found that the average self-made millionaire read for at least half an hour a day, and many spent time connecting with their mentors who could offer additional insight that simply wouldn’t be available to the general public.

Do You Take Care of Yourself?

Here’s an open secret: healthy people do better in life.

Unsurprisingly, Tom Corley found that self-made millionaires exercised for at least half an hour a day, ate healthy food, and found time to create relaxation. All of these things will make a person more attractive, but being healthy also gives people more energy and endurance.

Who wants to deal with an unattractive person who can’t control their emotions?

Again, the answer is a simple one. No one does.

Making sure you can control yourself, and not openly offend people is a trait that millionaires say is important. The reasons why this is the case should be obvious. People can choose to deal with you professionally, or not.

If you are affable, intelligent and attractive, you will probably get more business than an uncontrollable blob of anger that spews hateful ideas at anyone they come in contact with.

It all seems so simple, no?

Never Underestimate the Power of Positivity

Despite what most people project on millionaires, it isn’t easy to get to the top. Once a person has money and a successful business, the headaches can grow. Positivity lets you get past the rough stuff, and make it to the finish line.

David Meltzer grew up in a poor family, but it didn’t keep it from becoming a multi-millionaire, twice. He had to overcome some seriously bad circumstances to make his mark on the world of sports and marketing. Born into a big family that was supported by his single mother, he knew how bad things can get when there isn’t enough money to go around.

Instead of being a victim of his circumstances, David Meltzer kept positive and built up a powerful marketing business that is worth hundreds of millions of dollars. He talks about his life experiences here, on ‘The Passionate Few.” The takeaway is simple; don’t let anything keep you from being positive, and your life will get better.

Being positive also attracts millionaires, apparently. One of the things that most millionaires from Tom Corley’s survey avoided was negativity, and toxic people.

Knowing people who have money, and great connections are better than being surrounded by losers who b***h non-stop about what they don’t have.

If David Meltzer let the poverty of his childhood haunt him for the rest of his life, he would never have built up his business. The same ideas apply to anyone, no matter what you want to accomplish!

Why You Should Be Investing in Comic Books Right Now

How to Buy a Winning Domain Name in 5 Steps