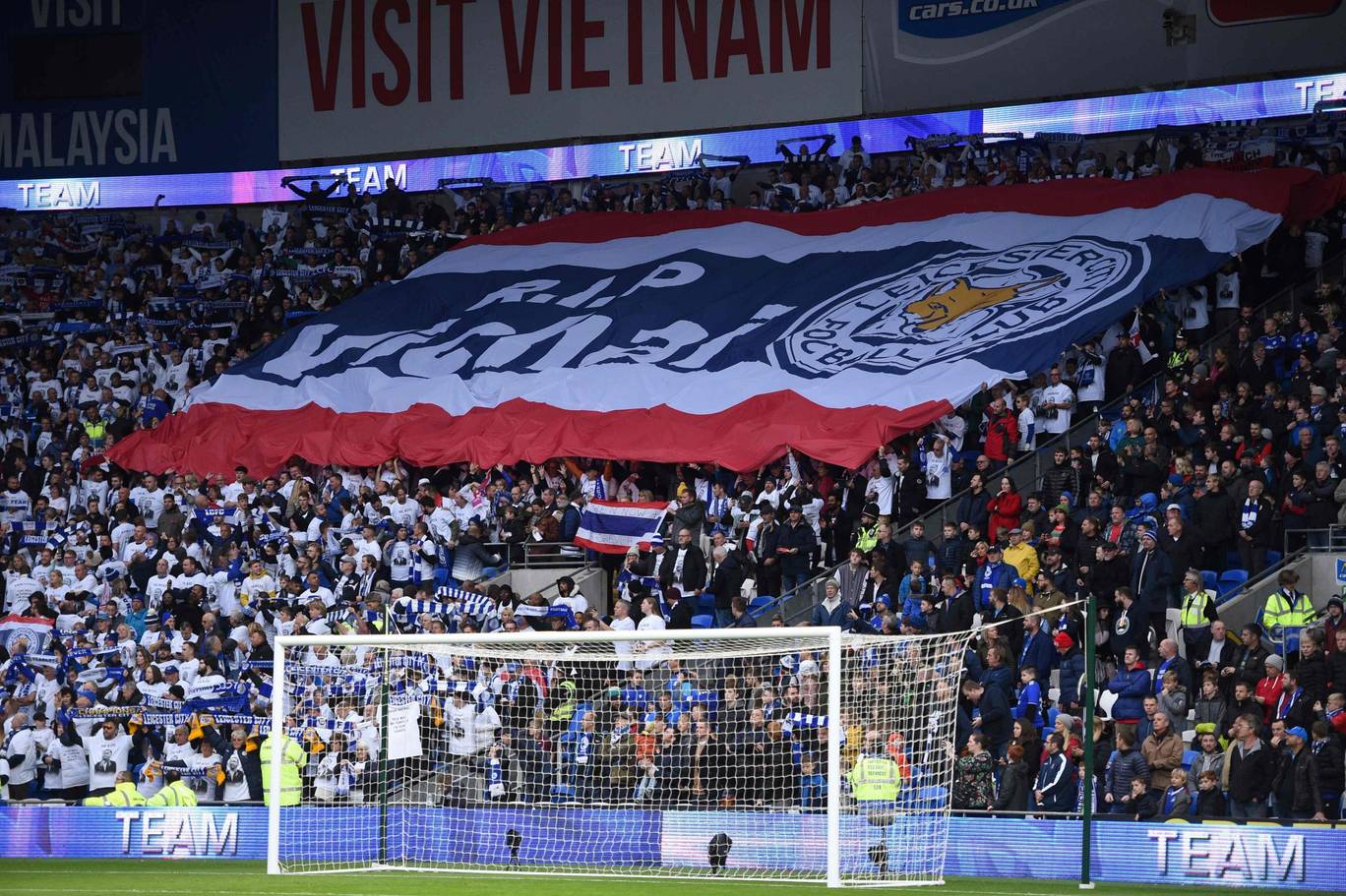 Today sees the start of his funeral in Thailand, and the Leicester City players were due to fly out from the UK to attend when their game against Cardiff City ended.

Most sports teams invite investment from billionaire owners, and the supporters of Leicester City welcomed him with open arms. Just before his investment, the team was in the third tier of the UK’s national game. They were promoted as Champions of League One in the 2008-09 season.

Srivaddhanaprabha is little known outside Thailand and the UK, but his Duty-Free business, King Power, was proud of the investment he made in the club.

Why Was Vichai Srivaddhanaprabha Revered by Leicester City Fans?

As a lower league club, with sizeable debts, he was able to snap up the team for a very modest sum. His investment skyrocketed as they went on to win the League Championship in 2013-14.

Followed by the pinnacle of British soccer, the English Premier League in 2015-16, Leicester City started the Premier league winning season as rank outsiders at 5000-1 with almost nobody expecting what they went on to achieve.

Lineker was ecstatic at the achievements of his former club, primarily due to Srivaddhanaprabha taking an interest in the club.

Some wealthy sports club owners are more interested in the money the club can make for them than what the club can achieve for their supporters. Some owners don’t even attend the games, but Srivaddhanaprabha was very different. He was considered humble and generous to those that knew him. Even though he was quite a reserved individual he always had time for the fans.

An Emotional Day for Leicester City Fans and Players

The club’s home ground was renamed the King Power Stadium after Vichai Srivaddhanaprabha bought the club. As a continuation of the generosity shown by him towards the Leicester City fans, the club provided free breakfast to fans arriving at the stadium today, before the journey to the match against Cardiff City.

Tributes were held around the grounds before the English Premier League games. None more poignant than the giant banner at the Cardiff City game which read “R.I.P. Vichai.”

Keeper, Kasper Schmeichel was visibly shaken during the tribute and was one of the first people on the scene of the tragic accident at the stadium last week. Fortunately, he held it together during the game and “The Foxes” came out on top 1-0.

It’s never easy to play a match under such circumstances with emotions running high. Vichai would have been proud of his boys.