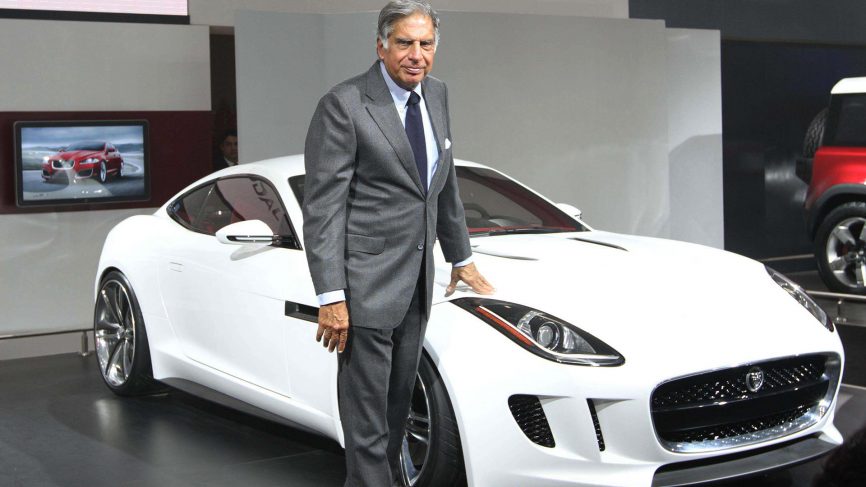 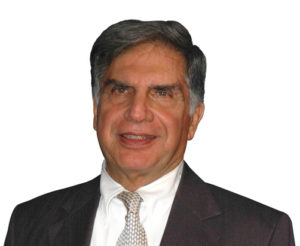 Ratan Tata GBE, born 1937, was the chairman of the Indian conglomerate, Tata Group, from 1991 to 2012. He also held the position for four months between 2016 and 2017. During his time as chairman annual revenue grew from $5.7 billion to more than $100 billion. His personal wealth is believed to be just shy of $1 billion. Despite the meteoric rise of the Tata Group during his stewardship Ratan Tata doesn’t really get the recognition he deserves. The main reason for this is due to the way that the Tata Group has been structured.

Dorabji and Ratan were the two sons of the Tata Sons founder, Jamsetji Tata. Ironically Dorabji and Ratan both died without any sons to pass the business on to. The Trusts that were created after they died are amongst the oldest philanthropic Trusts in India. Sir Ratan Tata (1871 – 1918), not to be confused with Ratan Tata GBE, and his brother Dorabji were both knighted in the days of the British Empire. Whereas Ratan Tata GBE received his honorary “knighthood” in 2014, long after the fall of the British Empire.

The Tata family have been leading philanthropists for more than 100 years with a focus on education and medicine. In 1941 the Sir Dorabji Tata Trust set up the Tata Memorial Centre in Mumbai and other notable donations have included:

$50 million awarded to Cornell University in 2008, the University Ratan Tata GBE graduated from.

“The endowment consists of $25 million to establish the Tata-Cornell Initiative in Agriculture and Nutrition, which will contribute to advances in nutrition and agriculture for India; and $25 million for the Tata Scholarship Fund for Students from India, to help attract more of the best and brightest students to Cornell from India.”

$50 million awarded to the Harvard Business School (HBS) to build Tata Hall. Ratan Tata also graduated from the Advanced Management Program at HBS in 1975. Tata Hall was constructed as an academic and residential building for executive education.

Other well-known philanthropists like Mark Zuckerberg, Warren Buffet and Bill Gates have tended to amass their fortunes and then distribute their wealth to good causes. For Tata, the philosophy has always been to benefit the employees and the society as a whole rather than its Directors. Hence the two-third ownership of Tata Sons by the Charitable Trusts.

Tata founder, Jamsetji Tata, set up the business to trade tea and opium with China. In 2000 Tata expanded their tea business when it purchased the inventor of the Tea Bag, Tetley. At the time it was the largest international takeover in history by an Indian company. Ratan Tata said of the Tetley takeover:

“It was a momentous occasion for the company and a bold move which he hoped other Indian companies would follow.”

Tata has been involved in steel production in India since 1907 and in 2007 Ratan oversaw the purchase of UK based Corus for $12 billion. In 2008 he was also involved in the acquisition of global brands Jaguar cars and Land Rover for $2.3 billion. Ratan is also responsible for the “$2,000” Tata Nano, at the time the world’s cheapest motor vehicle.

Like his namesake Sir Ratan Tata and Sir Dorabji Tata he has no sons and has never married but came close on four separate occasions. He qualified as an Architect from Cornell University and is also a qualified pilot. Ratan has his own private jet, a Falcon 2000. He was also the first Indian to fly a supersonic F-16 Falcon jet.

Ratan Tata GBE has an impressive collection of motor vehicles. Which is not too surprising based on his previous control of Tata Motors, Tata Daewoo, Land Rover, and Jaguar. His fleet of vehicles includes a red (his favorite color) Ferrari California, Maserati Quattroporte, a red Cadillac XLR convertible, Chrysler Sebring, and a red Jaguar F-Type convertible.

During his career, he has received a plethora of awards with honorary doctorates from Universities across the globe. These include Ohio State, Warwick, Cambridge, Carnegie Mellon, York (Canada) and New South Wales. In addition to the GBE, he received from the UK he also holds the following titles:

Ratan received the honorary title of Chairman Emeritus by the Tata Board in 2012. He technically falls well short of the top 10 richest people in India. However, based on his impressive record as Chairman of Tata he is regarded by many as one of India’s leading industrialists.

IKEA Cuts 7,500 Jobs Worldwide to Focus on their Online Business