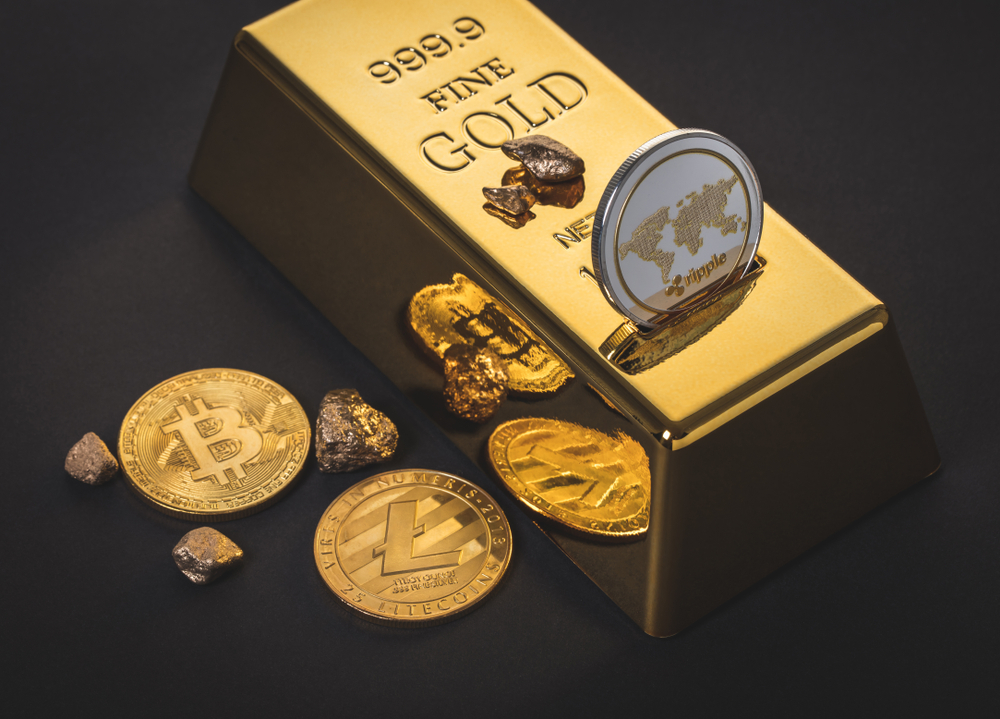 Over the last few months, the US dollar has become a go-to safe haven asset. This has pushed most other world currencies lower. The Rupee ended the week at the highest level against the US dollar in two months, closing trade at nearly 72 per US dollar.

Outside of India, the gold price seems to be finding a floor. 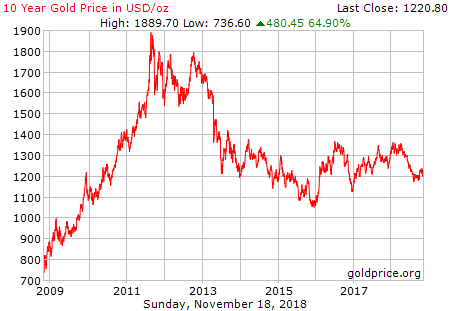 2018 hasn’t been great for gold prices, though they remain in a long-term channel between $1100 USD and $1400 USD per ounce. The last months of the year are generally a good time for the gold price, but this year could be different.

The Gold Price Could Trade Sideways

Gold is generally strong heading into the new year. Festival buying in India is a key factor in the global physical gold market. This year’s Diwali gold buying looks lower than normal, as broader consumer habits in India seem to be softening.

“Demand for gold on (Monday’s) Dhanteras was sluggish across the country, (only) Delhi and Mumbai (are) swimming against the current.”

If Indian consumers aren’t planning on buying up gold this year, the price could flatten out as the end of 2018 approaches.

According to P.R.Somasundaram, who is the World Gold Council’s managing director for India,

“The recent sharp increase in (Rupee gold) prices could weigh on the consumer wallet, limiting purchases during this season.”

At nearly 88,000 INR per ounce, the Rupee gold price is approaching the upper edge of a trading range that has been in play for nearly a decade.

Rural purchases account for around 60% of the gold that is sold in India. The ongoing monetary reforms that began in 2015 may be changing rural gold buying habits.

There are other factors that also could be influencing gold buying trends outside of India’s urban centers.

The chairman of the All India Gem & Jewellery Domestic Council, Nitin Khandelwal, says that,

“Rural (gold) sales may not see a significant increase over last year, as farmers are yet to get (a minimum support price).”

Saurabh Gadgil of PNG Jewellers, and a director of the India Bullion & Jewellers Association, thinks that smaller jewellers could be seeing reduced sales this year. He added that,

“But there is a marked shift in customers from the unorganised to organised sector. People prefer to buy from stores that offer better quality…a variety of designs, certification, after sales (service) and buyback.”

While Indian demand for physical metal seems muted, there are numerous geopolitical factors that could support the gold price in the medium-term.

The risks of a disruptive Brexit are rising. Theresa May has lost at least two cabinet members over the last week, and if things don’t settle down, there could be more problems for the British Pound.

The gold price could be a beneficiary of safe-haven flows in the event of more Brexit drama, among other assets that insulate against fiat currency turmoil.

Over the last week, both the Syrian and US government have launched new operations in the ongoing Syrian war, and the war of words between Moscow and Washington DC has escalated.

For now, it appears to be business as usual, but things could change in an instant.

India, the Land of Opportunity: 10 Sectors To Monitor