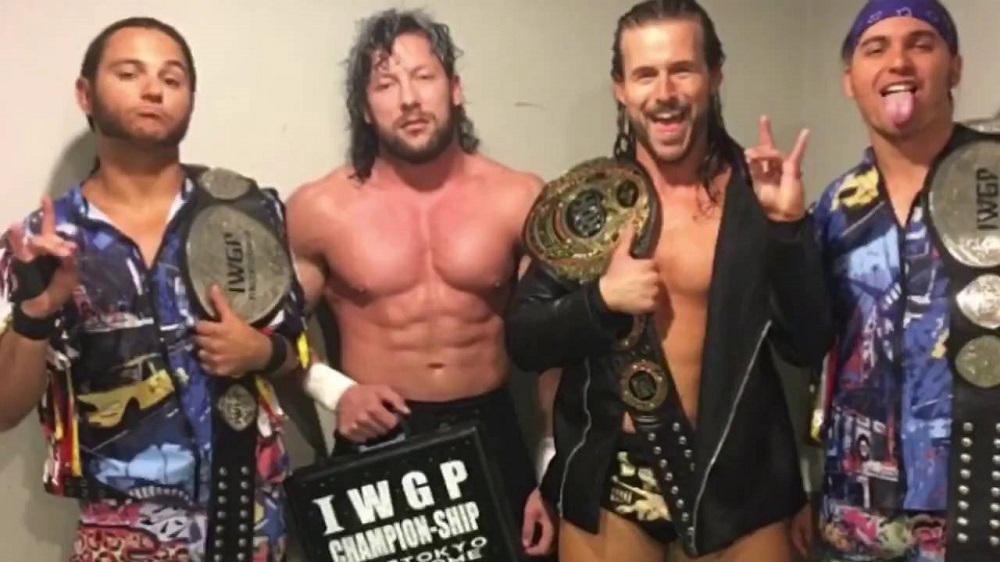 Is someone finally going to challenge the monopoly the WWE Network has had on professional wrestling for the past 15-years? Apparently, a new wrestling organization called All Elite Wrestling is rumored to be on the verge of finalizing a national television deal in American to challenge Vince McMahon’s control over the industry.

The WWE Network has long had a stranglehold on the wrestling business, but the times are changing with the emergence of other wrestling companies and the rumored All Elite Wrestling headed by Cody Rhodes, former son of wrestling legend Dusty Rhodes.

The WWE Network has been the only major player on the pro-wrestling scene for the past decade, with other independent organization such as TNA and Ring of Honor (ROH) barely denting the mega-company. This has created a massive gulf in the industry, and up until recently, if you weren’t signed with the WWE, you were pretty much a non-entity in the business.

Over the past two years, the Japanese wrestling company, New Japan Wrestling has been making a name for itself not only in the far east but also on American soil. New Japan has helped to garner some big name American talents such as the lauded tag-team the Young Bucks, Kenny Omega and the Bullet Club faction that was initially headed by now WWE stars AJ Styles and Finn Balor.

One of the golden ages of pro-wrestling or sports entertainment as Vince McMahon calls it today, was when WWE (called the WWF) and WCW went head-to-head with the Monday Night Wars back in the mid to late 1990s.

In a period between 1995 and 2002, McMahon’s WWE was on the verge of failure as World Championship Wrestling (WCW) run by billionaire Ted Turner stole some of the then WWF’s star talents such as Hulk Hogan, Macho Man Randy Savage, Scott Hall, and Kevin Nash. Vince and his WWE prevailed and the rest is history.

Former WWE wrestler Cody Rhodes, now known only as ‘Cody’ since leaving the WWE Network, has been drumming up big business with the Young Bucks and Kenny Omega, collectively called ‘The Elite’. They tested the waters when they filled a 10,000 capacity stadium earlier this year on American soil that sold nearly 200,000 PPVs.

Now it is rumored that the collective is planning to rival Vince McMahon’s WWE Network and are close to securing a TV deal.

The Elite is currently a massive force with pro wrestling fans who have made their opinions known as WWE are experiencing the lowest viewing figures for their Monday Night Raw and Smackdown programs in decades. Although their profits are actually at an all-time high due to their online network, which is apparently worth $1.5 billion.

Could an All Elite Wrestling organization challenge the might of the billion-dollar WW Network empire? Vince McMahon’s competitors usually end up in the poorhouse, so it will be interesting to see what happens.